After 22 years of service, John E. Trafford assumed the position of Executive Director. During his tenure, Trafford served the legislative analysis program and the Bureau of Municipal Information, and acted as Editor to New Jersey Municipalities magazine. Trafford was a hobbyist photographer, and his photos often graced the pages of the League's magazine. 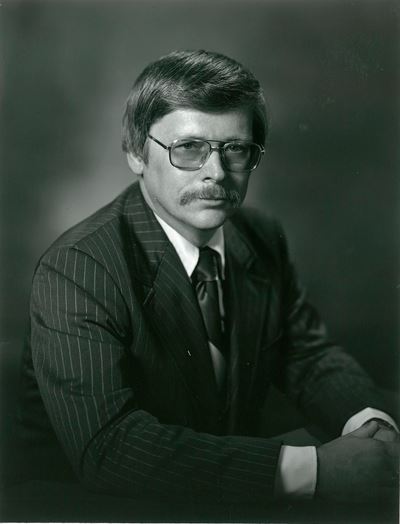 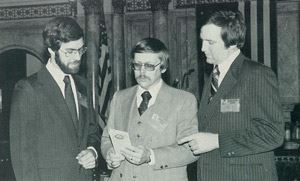 By the early 1980s, it was clear that the commitment of the federal and state government to share revenues with local governments was weakening. The Federal Revenue Sharing was eliminated and our gross receipts and franchise tax revenues became targeted for diversion by the State. During this time, the League aggressively fought state efforts to siphon off gross receipts and franchise tax revenues while crusading for municipal aid programs such as the Municipal Tax Assistance Fund, Urban Aid Assistance and Solid Waste Assistance. Meanwhile, the burden on the local property taxpayer increased, unabated by the troublesome Municipal Expenditure Limitation Law, which only served to complicate budget reporting procedures while hamstringing local service delivery. The League was instrumental in the early 1980s in bringing about several amendments to the Appropriations Cap Law which eased its impact slightly.

Early in the League's history, in cooperation with Rutgers the League held workshops to expand its educational offerings throughout the year. For over 60 years the educational seminars offered by the League were offered in this fashion. In recognition of the growing complexity of local government, it was in this decade that the League embarked on providing a training and education program on its own to supplement the opportunities offered at the Annual Conference. Currently, throughout the fall and spring months the League offers over 25 half day training seminars and webinars on a range of current issues including an annual fiscal update, orientations for newly elected officials, and programs on ethics, labor relations, personnel policies, grant writing, the Open Public Records Act and shared services.

During the period from 1984 to 1987, premiums for general liability insurance tripled. In addition to increases in premiums, many insurers took actions to limit the number and cost of claims. These included expanded exclusions, raised deductibles and lowered policy limits on a per-claim basis. In addition, they introduced the notion of aggregate total exposure.

The resulting crisis adversely affected a diverse range of organizations, including municipalities, social service providers and pharmaceutical, aircraft, sports equipment, and medical device companies. Many organizations in the nonprofit and government sector could no longer offer social, medical or recreational services due to the prohibitive cost or unavailability of liability coverage.

In response to this crisis, New Jersey municipalities petitioned the legislature for tort reform and for the authority to join together to insure against liability claims. Passage of the act opened the door for the Municipal Joint Insurance and Excess Liability Funds, which have provided an affordable option to traditional insurance arrangements. 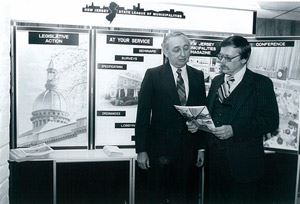